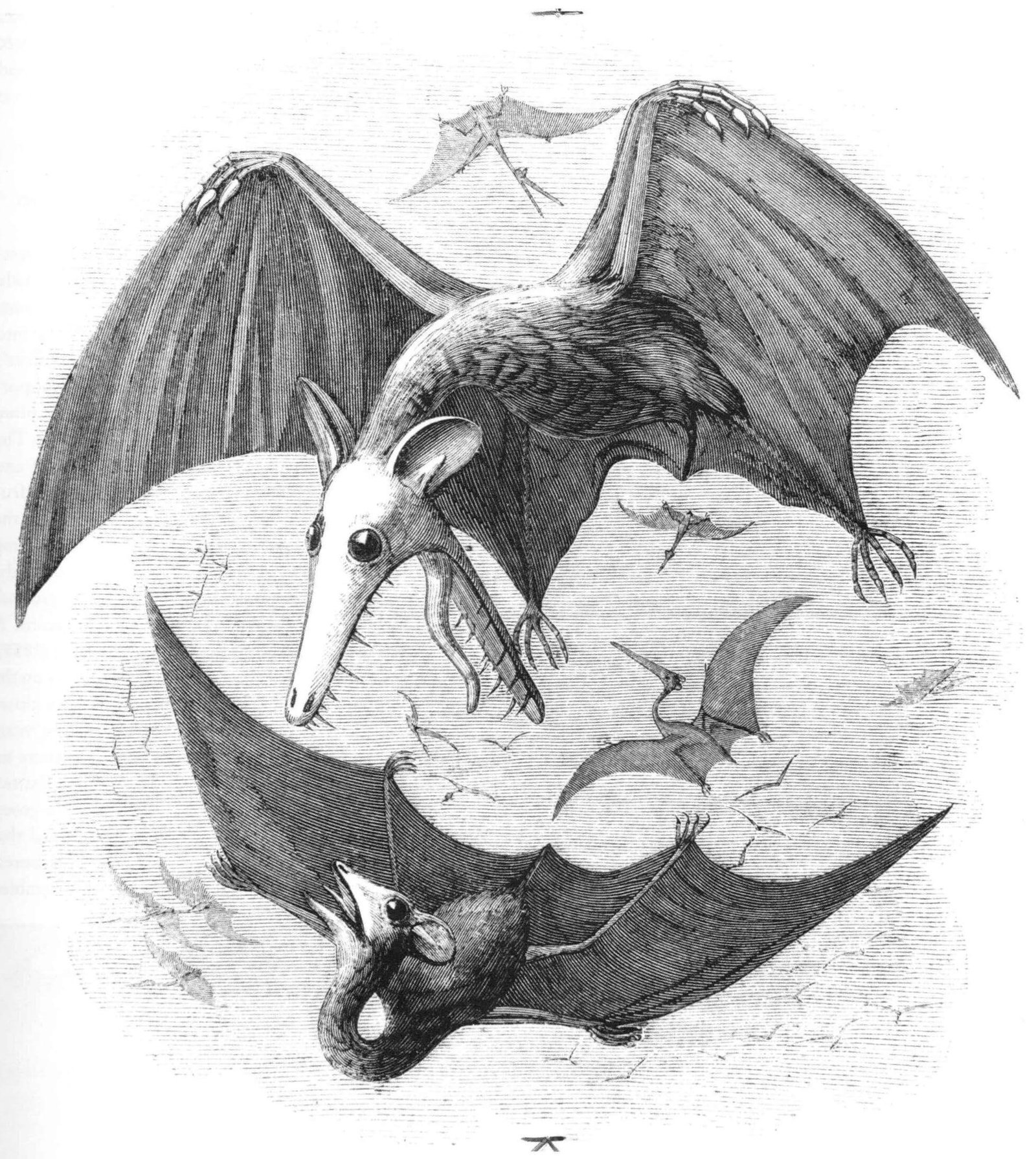 What is a pterosaur? Pterosaur was the name for types of flying reptiles that lived from the late Triassic period to the end of the Cretaceous period and includes 247 genera. They were not flying dinosaurs but flying reptiles that are closely related to the dinosaurs. Some of the most popular pterosaurs include Pterodactylus, Quetzalcoatlus, Pteranodon, and Hatzegopteryx.

Why is a pterosaur not a dinosaur?

To be classified as a dinosaur, the animal must have certain features such as legs coming out directly under the body (just like birds). Pterosaurs don’t have this feature. The first flying “dinosaur” was probably archaeopteryx.
Pterosaurs had long beak-like jaws, and some had sharp teeth sticking out. Their whole head was elongated, ending in a pointy tip that served as a sort of nose. With their bird-like bodies, they could walk on four legs or two feet towards larger prey.
Many types have also been found with fish bones in their stomachs. However, the later forms like Dimorphodon hunted smaller insects instead.
All Pterosaur types had wings supported by a single bone with skin stretched from the animal’s finger to its ankle. Pterosaur means “wing lizards.”

There are two major types of Pterosaurs you need to know:

You can download our printable dinosaur coloring pages for free.

1) Rhamphorhynchus meaning “beak snout.” They had long tails and sharp teeth. They had a wingspan between 40 and 175 cm (15-70 inches) and lived 166 – 145 million years ago in what is now Germany, France, Hungary, Eastern Europe, North America, and Asia.

2) Pterodactyloidea comes from Greek and means “winged finger.” This group had a small tail, no teeth, and includes Quetzalcoatlus, with a wingspan of 12 meters (almost 40 feet), the biggest flying animal that ever roamed the earth. They first appeared 199,6 million years ago until 65,5 million years ago and lived around the globe, typically in more coastal regions. Pterodactylus, probably the most famous flying “dinosaur,” reached less than 1 meter (3 feet), though. I wonder if the other dinosaurs made fun of him for being so small?

There are at least 247 Pterosaur types known! Let's meet the most interesting ones!

Pterodactylus had a wingspan of about 1 meter (3 feet). It was the first Pterosaur discovered in the late 18th century. It had a sharp, pointed beak and lived around 150 million years ago. Pterodactylus preferred crabs and lobsters, mollusks, and other small invertebrates for dinner. It probably also ate small fish and squid.

Pterodactylus weight about 2-3 kg (4-6 lbs) or less. Birds like the falcon with a similar wingspan weight less than 1 kg (2.2 lbs).

Pteranodon had a wingspan of 6 meters (20 feet). Some say that it was a cousin of Pterodactylus; others say that it was closely related to Dimorphodon. We’re not sure because scientists can’t agree on how they are related. But we do know for sure that this Pterosaur didn’t have teeth! It’s

It lived between 86-84 million years ago and probably ate shellfish and fish, like many modern-day seabirds like gulls or skuas do today. But they were so big that they needed the wind to help them take off!

Quetzalcoatlus was not only the biggest known Pterosaur but one of the biggest flying animals that ever lived! Its wingspan was about 12 meters (almost 40 feet). It had a small head and tiny teeth and probably ate fish or squid. It lived in what’s now North America, 72 – 66 million years ago. It had an estimated weight between 100-200 kg (220-440 lbs). It doesn’t sound that much for such a huge bir.. flying reptile.

Hatzegopteryx lived in what is now Romania around 72-66 million years ago. It had a wingspan of 12 meters (almost 40 feet) and weighed about 100-200 kg (220-440 lbs), making it one of the biggest flying animals and Quetzalcoatlus. It was most likely a carnivore and feed on smaller animals. This Pterosaur had a huge skull, with tall crests on its head to help it fly and dive.

Scaphognathus had a wingspan of about 1 meter (3 feet). It’s one of the earliest discovered pterosaurs and lived during the Jurassic period, around 155–150 million years ago. They have been found in many parts of Germany. Scaphognathus ate fish as most Pterosaurs did, so it probably swam to catch its prey or hunted from above in shallow waters. It had sharp teeth and a long tail.

Dorygnathus lived in Europe and had a wingspan of about 1.5 meters (4.9 feet). They were meat-eating Pterosaurs that lived during the Jurassic period, around 180 million years ago. It had teeth adapted for holding prey and strong jaws to eat its dinner! Dorygnathus most likely hunted by literally grabbing its prey with their sharp teeth before taking off again. Its long tail probably helped them balance while eating or flying.

Not much is known about Angustinaripterusbut. It lived during the middle Jurassic (174-163 million years ago) in what’s now China. It’s one of the most “primitive” pterosaurs because it didn’t have any crest on its head as some other Pterosaurs did. It was one of the smaller Pterosaurs with an estimated wingspan of 1.6 meters (5.2 ft).

Sericipterus is one of the earliest known Pterosaurs, with about 170 cm (5.7 ft) wingspan. It lived in China around 160 million years ago. It had long, pointed teeth and was a carnivore that most likely ate fish.

Pterosaurs are not dinosaurs but cousins of them! They lived most likely close to the sea, where most of their fossils had been found. There is a theory, though, that Pterosaurs lived in forests as well, and we think they lived along coastlines because their bones were most easily preserved in wet sediment, while those who died over or in a forest might get eaten by scavengers. Then again, many fossils had parts of sea invertebrates in their stomach or teeth. So, the theory that most of them lived on coastlines is probably correct, even if we can’t rule out that they lived in forests, too. They were one of – or the first vertebrates that could fly.