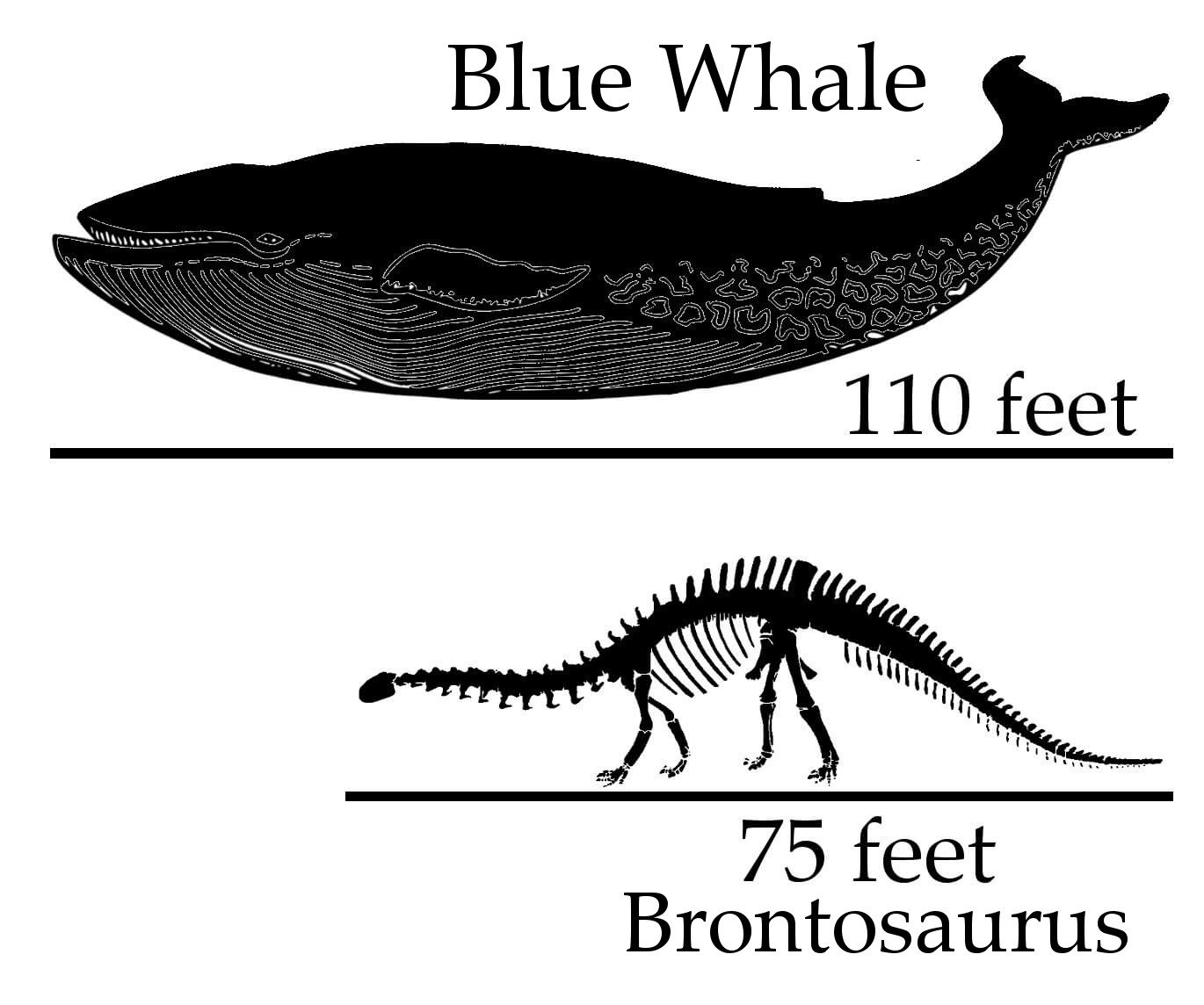 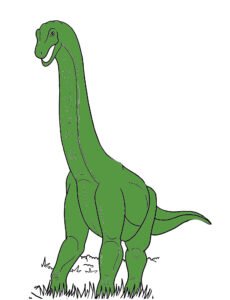 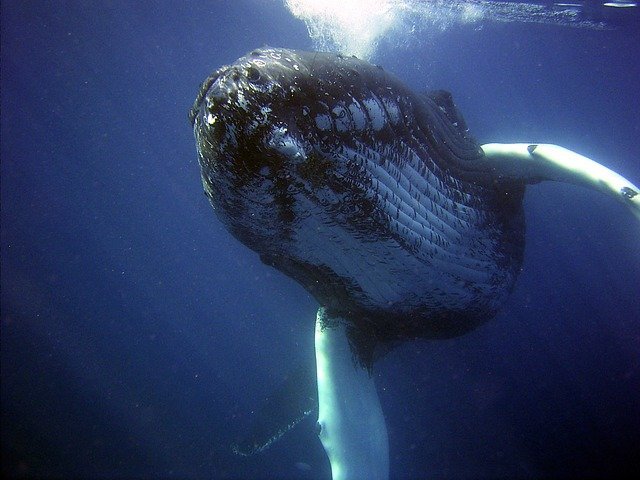 Brontosaurus began roaming about 190 million years ago. This dinosaur was about 23 meters (75 feet) long with a 20-foot neck and weighed more than 15 tons – it was one of the biggest dinosaurs to roam the planet.

Its’ head was relatively small compared to its body, but it had a big mouth and spent most of its day eating plants.

The Blue Whale is also a huge animal. It is one of the biggest creatures ever to roam the planet and weigh as many as 200 tons or about 100 elephants.

Blue Whales are about 80 million years old and live in cold oceans. They eat four tons of food every day, which they filter through their baleen plates using a unique system called a “breathing pump.”

Who is bigger? The Blue Whale or the Brontosaurus?

Blue whales can grow bigger than the brontosaurus!

And one thing is for sure – they are a lot heavier as well.

The brontosaurus weighs about 15 tons; some sources state 22 tons.

But even if you consider both, the blue whale is with 200, still heavier than a brontosaurus!

But hold on! Not that fast.

Before you go, let me introduce you to the Argentinosaurus! This dinosaur belongs to the genus of the titanosaurs that roamed the earth during the Late Cretaceous period 100.5–66 million years ago.

The Brontosaurus and the Argentinosaurus belong to the sauropods, a group of herbivore (plant-eating) dinosaurs with long necks, long tails, and four legs. In other words, a group of dinosaurs that looked like the brontosaurus.

Argentinosaurus was bigger than the blue whale, even though it didn’t weigh as much. 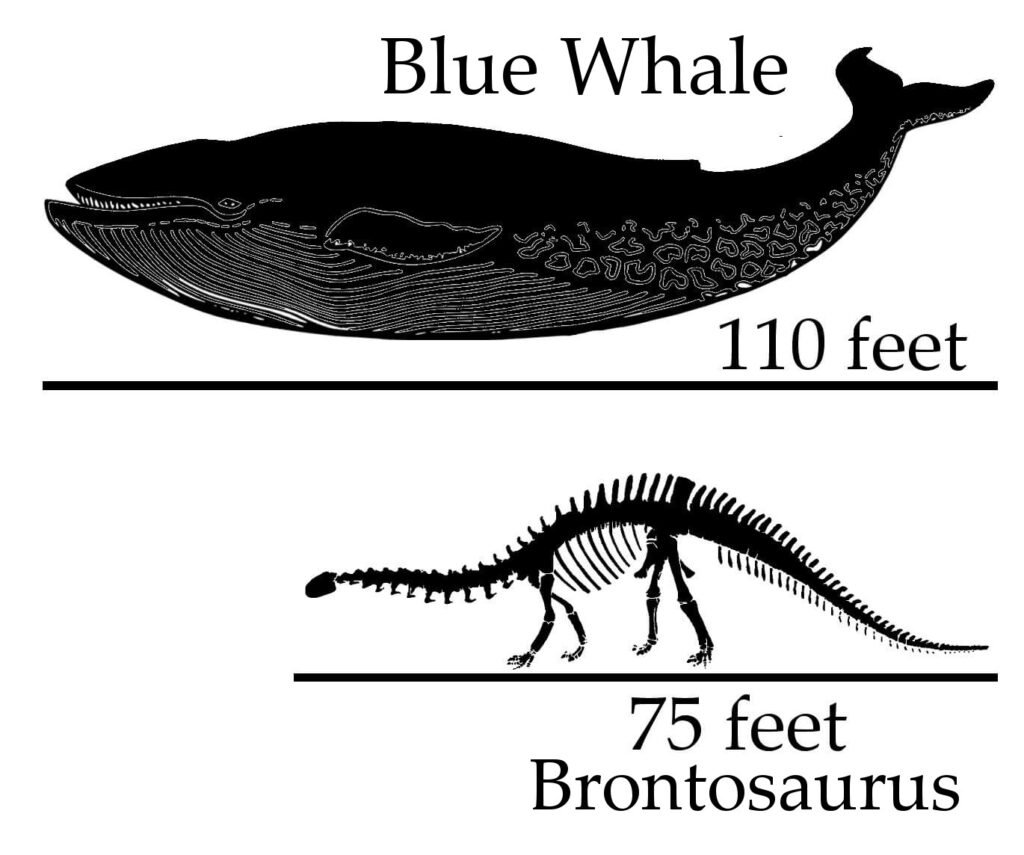