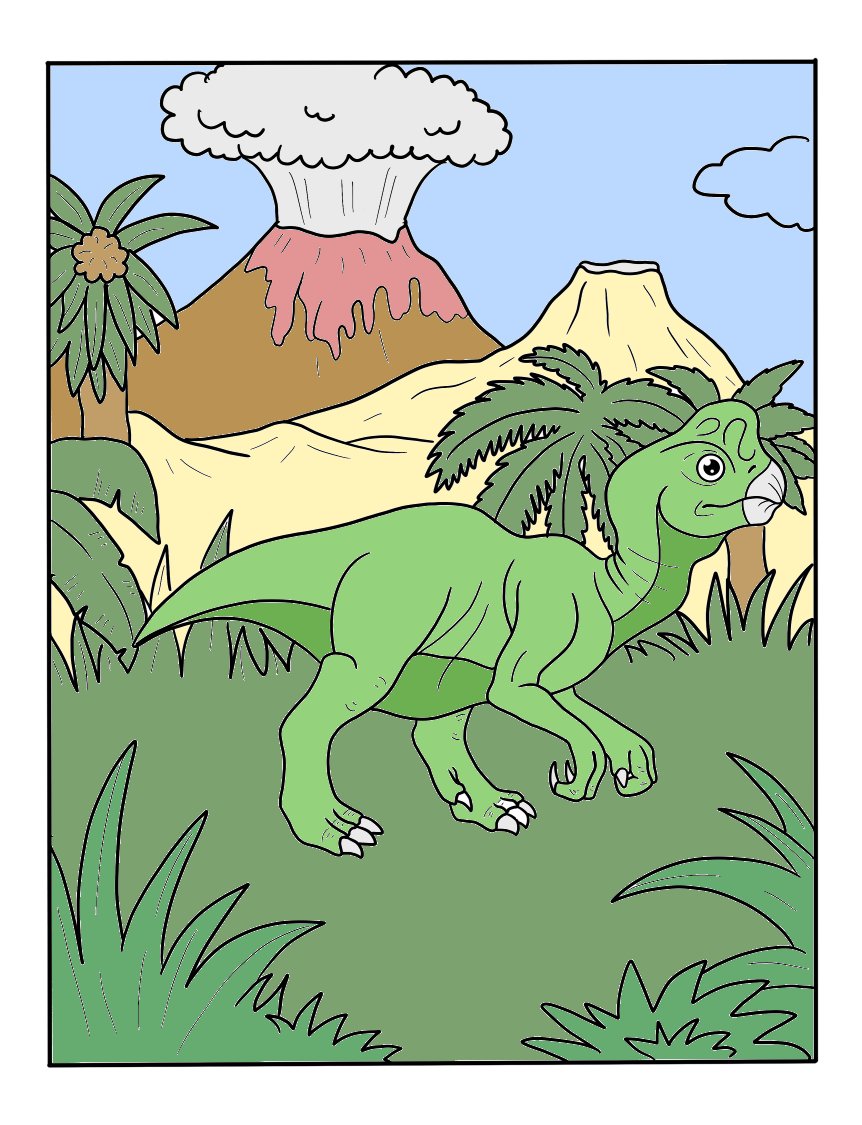 The Oviraptor is one of the most adorable dinosaurs out there. But make no mistakes, Oviraptor has a hard crest on its skull and is just big enough to reach a men’s crotch and is very well known for smashing eggs. Ouch!

This suggests that oviraptors may have been pretty dangerous beasts.

Jokes aside, Oviraptor means “egg thief” because this little dinosaur was wrongly accused of crushing and eating eggs from other animals… birds, dinosaurs, other reptiles.

But that’s not true, as new studies have shown.

Several Oviraptor fossils have been found with egg fossils nearby, causing paleontologists to believe that they steal and eat them. But tests have shown these were their nests, and Oviraptors were brooding their eggs.

So, Oviraptor is a caring mother and not an egg-eating monster.

If not eggs, what does the Oviraptor eat?

They eat smaller lizards or mammals and eggs and insects, but it’s also assumed that these raptors ate plants. But who knows, they might have crushed some eggs as well!

Not much is known about them because their fossils are so rare. But, sadly, a tiny dinosaur skeleton has fewer chances to fossilize than a big one, so we know much more about the T-Rex or Brachiosaurus.

They lived during the Cretaceous period, about 75-71 million years ago. It belongs to a group of dinosaurs called Maniraptora – along with the most known Maniraptora – Deinonychus.

Despite its name, oviraptors (raptors coming from birds of prey) are not related to birds but they were very bird-like: They were probably covered with feathers or had feathers on their small arms; laid eggs in nests and brooded over them – that is, both sat on top of their eggs to keep them warm (incubate). Some scientists believe that oviraptors, like crocodiles, built nests to lay their eggs in and would protect their young (and the eggs). When a predator approached, the young dinosaurs would scramble out of the nest into dense forest to hide from attack.

Oviraptors had a long, toothless beak and a crest on top. It is very likely that they were feathered, which would make them look like giant birds or odd turkey-like dinosaurs.

Even though this is a frightening thought, the Oviraptor had an unusually positioned short toe. This allowed for more maneuvering and made it easier for them to walk on their hind legs, which meant that they could attack with their claws and teeth in an upright position. They also had sharp claws on their hands and strong jaws that helped them grip small prey, crushing it with its powerful bite before swallowing food whole!

Although Oviraptor was about the size of a turkey or emu, they were not closely related. However, generally similar to birds and other dinosaurs in many ways, including laying eggs; feathers (though probably not flight-adapted); feet with three toes facing forward and one reversed; gastralia; furculae (wishbones); arms and hands with four fingers each, one of which was reduced in size; a pubis at an angle to the ischium; and a toothless, curved snout.