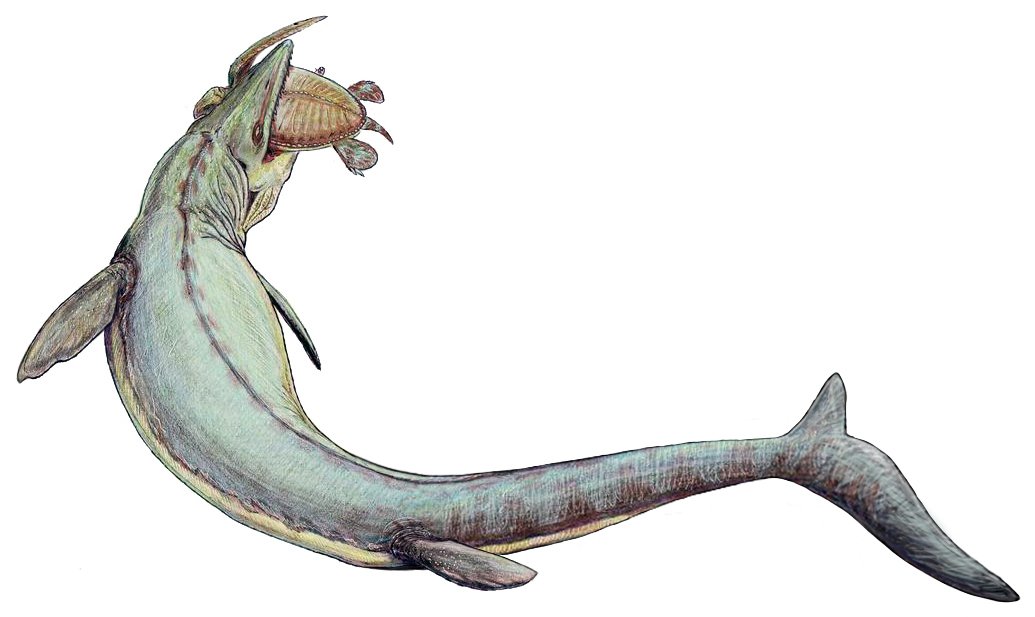 Mosasaurus – Was it a real dinosaur?

Mosasaurus lived 83,6 – 66 million years ago but were more like an ancient sea monster, bigger than most known dinosaurs. When it was first discovered, people thought it was a crocodile or a whale. Oh, how wrong they were!

So, no, it wasn’t a real dinosaur. Mosasaurus was a marine reptile and weather a dinosaur nor a fish!

And how come it wasn't classified as a dinosaur?

Unfortunately, it doesn’t have any of the features that make dinosaurs what they are! Several points qualify a dinosaur as a dinosaur, and Mosasaurus missed two of them.
1) They lived in the water, not on land.
2) They didn’t have their legs coming out under their body but from the sides.

The reason why it has “Saurus” in its name is that people thought it looked like a crocodile and decided to call it one – the name “Mosasaurus” means “Meuse River Lizard,” after the river where it was found.
So if you ever wondered whether Mosasaurus was a real dinosaur, now you know. It wasn’t! At least it wasn’t classified as one.

Size - How big could Mosasaurus become?

They had a long neck and very sharp teeth (similar to barracuda), and their body appeared like a mix of a crocodile and a whale. Mosasaurus had a length of up to 50 feet (15 Meters)!

Diet - What did they eat?

Some fossils were found with fish in their stomach, proving they dined on other marine animals. Although it is called a ‘dinosaur’, it doesn’t have any of the features that make dinosaurs what they are!

Mosasaurs were predatory creatures, as we can see by their large sharp teeth for hunting prey, fish, sharks, squid, turtles, and probably even other Mosasaurs. It was unstoppable and could eat whatever it wanted.

Mosasaurus lived 83,6 – 66 million years ago – the blue whale didn’t exist back then.
Since the Blue whale is the largest mammal of all time, it would be interesting to see how they compare to size. For example, mosasaurs were around 50 feet (15 meters) in length and weighed up to 30 tons!
Even though a blue whale can reach up to 100 feet (30 Meters), its body weighs less than a Mosasaurus. Yet, it had the biggest brain of all time and was pretty smart as well. Mosasaurus also didn’t have any natural predators – their only ones being sharks and pliosaurs.
Size-wise, a blue whale would win. It has more extensive features, yet Mosasaurus was specially adapted to hunt and kill its prey.
Mosasaurs had large sharp teeth for hunting fish and other marine animals, making them very dangerous to anyone who got in their way, including the occasional shark and pliosaurs who wanted to hunt smaller mosasaurs.

Here are the facts in a nutshell:

So if you ever wondered whether Mosasaurus was a real dinosaur, now you know. It wasn’t! At least it wasn’t classified as one because it didn’t have a couple of features that are specific to dinosaurs. And even though it’s not considered a dinosaur, mosasaurs are amazing creatures. They deserve all the attention in the world for their size, speed, and strength!