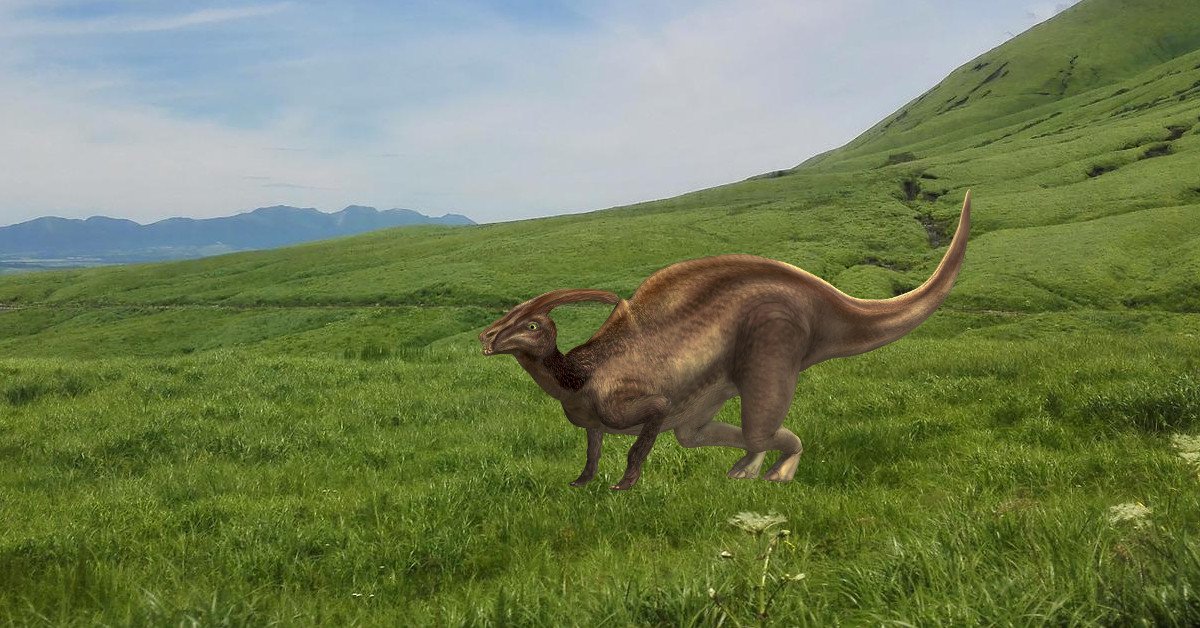 Parasaurolophus is a dinosaur with a crest on its head. There you have the answer. 😀 If you’d like to discover more about this unique dinosaur, read on.

Got trouble pronouncing Parasaurolophus? Try it like “Para – Sauro – Lofus.”

Parasaurolophus is a type of duckbilled dinosaur (Hadrosauridae) that lived in North America about 76 to 73 million years ago in the Late Cretaceous Period. It’s the most famous member of its family because of its well-developed Head Crest. In fact, Parasaurolophus is the only known dinosaur to have had a tubular head crest.

A recent hypothesis says that Parasaurolophus used its head crest for sound amplification to communicate with other members of its species over large distances. Parasaurolophus was known to live in herds and may have used the crest to give a low-frequency call to warn the herd of predators or let the other dinosaurs know about a new food source. A different hypothesis says it helped to identify the gender and age of other members of its species. Some scientists have postulated that it could have been used for display, perhaps to attract a mate.

This is unlikely because the shape doesn’t resemble modern-day animals known to use certain features for display: the Parasaurolophus crest is not strongly sexually dimorphic (which means both male and female dinosaurs had the same crest). In other words, some modern-day animals have specific features to attract a mate, but in those cases, only one sex has the “special” feature.

For instance, male peacocks try to impress females by displaying their tails wide. This would be useless if the female had the exact same feature. The same is true for elks – males have large antlers while females have none.

Another hypothesis says it could be for Temperature regulation. Some scientists in the past thought the Parasaurolophus could have been an aquatic dinosaur and the Head Crest was a snorkel for breathing underwater. This can’t be the case, though, because there’s no opening in the crest.

It will stay a mystery for a long time, but one thing is sure: Parasaurolophus had the weirdest head crest of all dinosaurs.

The Parasaurolophus would have lived in herds of around 50 animals. Its strong beak-like jaws were packed with dental batteries, which means they could replace their teeth once the old ones wore down. They were herbivores and able to walk both on two and four legs, which means they could eat both from the ground and trees. It was about 9.5 meters (31 ft) long and weighed 2-3 tons.

They lived at the same time as the Velociraptor. The latter lived in Asia, though. Those two never met.

The Parasaurolophus In A Nutshell!