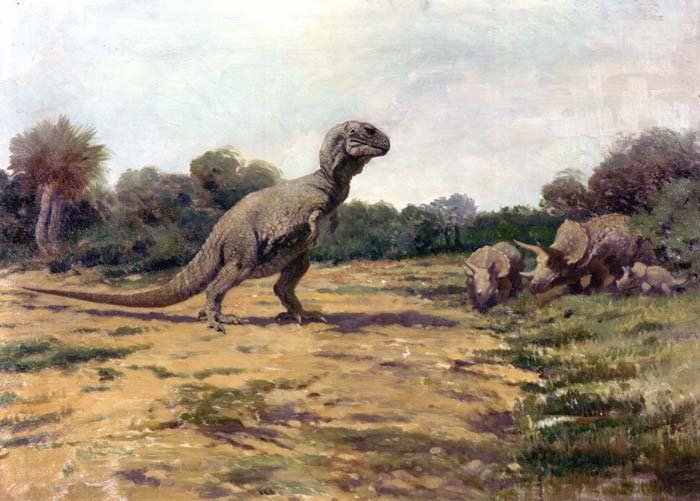 The tyrannosaurus rex is one of the scariest dinosaurs ever. It’s a lot bigger than other meat-eating dinosaurs, and it has strong teeth. It probably ate meat almost all the time because it needed a lot of energy to run and fight.

The tyrannosaurus rex was giant, with a head about 1 meter (3 feet) long and 2 meters (7 feet) tall!

Some Paleontologists think that it might have hunted in packs as wolves do, but there is not enough evidence for that.

What did the T Rex eat?

Tyrannosaurus rex, or T Rex, was a huge meat-eater and could have eaten almost anything it wanted (that is, almost anything that walked on land). This dinosaur lived in the Late Cretaceous period about 70 million years ago, along with other dinosaurs like Apatosaurus, triceratops, ankylosaurus, and hadrosaurs, and probably had those for dinner. Paleontologists assume that T Rex was also a scavenger who did eat carrion and also a cannibal who ate other, smaller T Rexes.