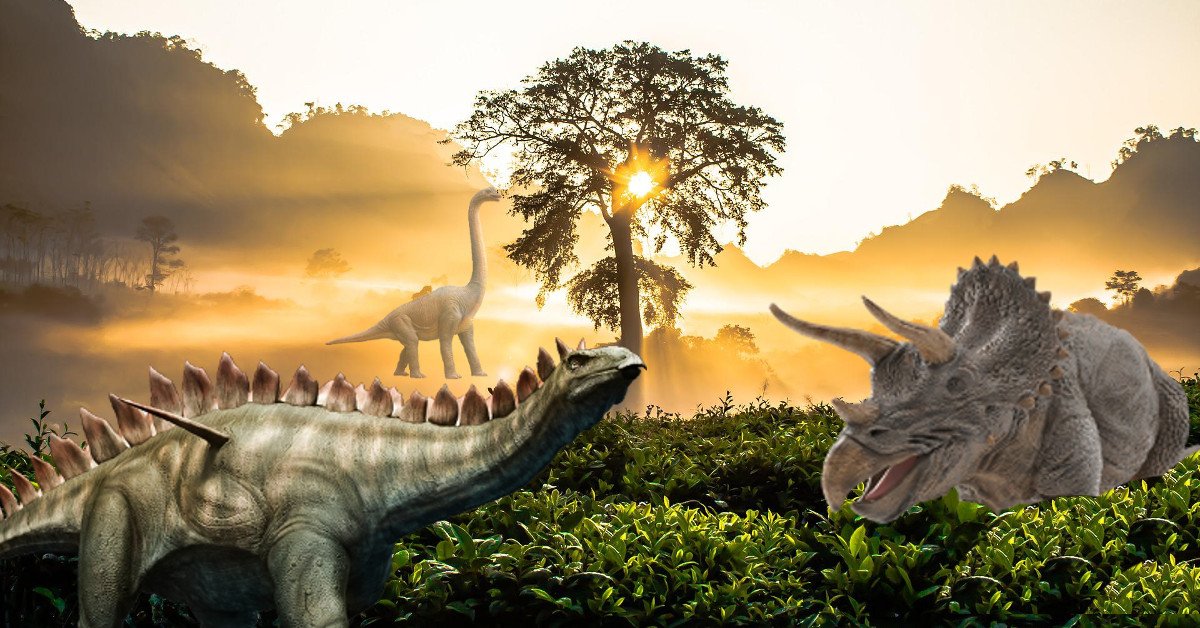 Herbivore types of dinosaurs were all those dinosaurs that only ate plants, unlike their carnivorous counterparts who would eat meat. Herbivores included basically the entire group of Ornithischia (“Bird hipped”) dinosaurs and sauropods (dinosaurs with a long neck, like brontosaurus). They represented a diverse range of different species and sizes. Herbivores were often among the most giant creatures to walk the Earth during the age of dinosaurs and are well known for being some of the most giant animals ever to have lived on this planet.

Compared to other types, many herbivore types of dinosaurs were more robust in shape. For example, sauropods, which reached an immense size, had small heads by comparison with carnivorous dinosaurs such as Allosaurus, which is believed to take large bite bites out of its prey. Herbivore dinosaurs were also typically less dextrous, slower-moving, and cumbersome.
Herbivores include the brachiosaurus, apatosaurus, brontosaurus, Argentinosaurus, and more, which had a tremendously long neck enabling them to reach leaves from trees and at the same time it was able to use their tail as a counterbalance.

The herbivore dinosaurs included ceratopsians and pachycephalosaurs, which used horns or headbutting respectively for defense against predators. Herbivores often had weak jaws with small teeth made up of varied sizes for grinding plants. Herbivores usually walked on all four legs, but some could walk upright.
Many types of herbivore dinosaurs are known to swallow stones, which aided their digestion. In addition, some plant-eating dinosaurs, like the Ankylosaurus, were covered in plates of armor consisting of knobs and plates of bone covering their bodies to protect themselves from the attacks by predators.

There are over 1000 different dinosaur species, and most of them were Herbivores. This list includes the best-known types.

Ornithischia means “Bird hipped” and is one order of dinosaurs characterized by a pelvic structure similar to birds. Almost all members of this order are plant eaters and include dinosaurs like:

Saurischia means “lizard-hipped” and is one of the two orders that includes almost all the carnivorous dinosaurs and some herbivores – The Sauropods.
Sauropods have a long neck and a long tail. Some members are:

It’s unbelievable how much sauropods had to eat to get that big! Herbivore dinosaurs were the largest animals ever to roam the Earth, and, in most cases, they weren’t very agile or fast either. Herbivores didn’t have to be fast because they were probably just too big and tall to be attacked by predators. Smaller types of herbivores developed defensive mechanisms like horns, spikes, and armored plates.

They might not have been the fastest or most agile animals on the planet, but when you are big enough and have sharp horns and spikes – you don’t need to be fast.
Hungry carnivores like Tyrannosaurus Rex or Velociraptors had to decide between giants and spikes.

No wonder meat eating animals often went for carrion instead.