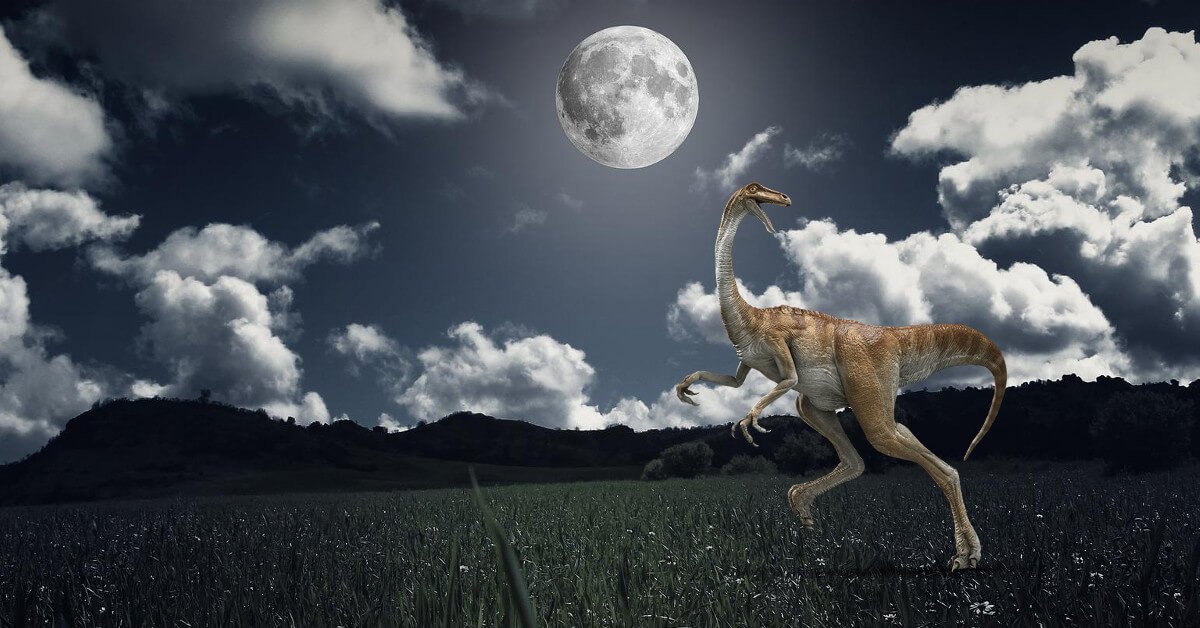 With estimated speeds of 50mph (80kph), Gallimimus was the fastest dinosaur in the world. There you have it.
But first things first – dinosaurs are extinct. Well, you probably knew that, but what I want to say is – there’s no way to figure out for sure which the fastest dinosaur in the world was. There are, however, several indicators that can be used to make an excellent educated guess. And it’s not Tyrannosaurus Rex and not Brachiosaurus.
Let’s start with the fundamental question – what makes a dinosaur fast? 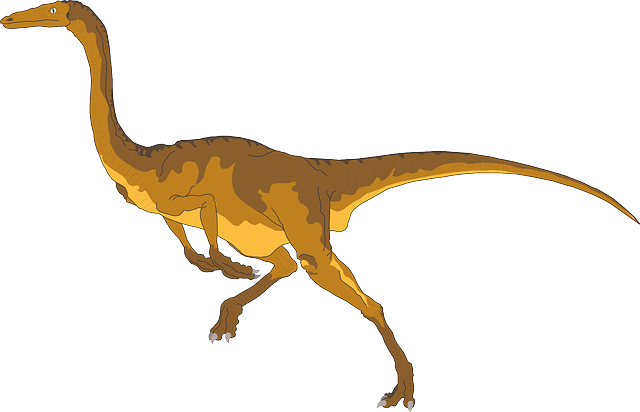 What turns a dinosaur into a fast running animal?

Some of these apply more to bipedal dinosaurs than quadrupeds (for example, larger animals tend to tire faster due to a higher center of gravity). Still, most dinosaurs are likely to fall into one of those categories (even Deinonychus, which is usually depicted as a slow runner).

Let’s assume that all those features are necessary for being fast – because then we can compare different dinosaurs based on how many of them they have.
For instance: there’s no way that you’d call Allosaurus fast if compared with Tyrannosaurus Rex since it has only two out of five features.

Gallimimus, on the other hand, has four out of five features – and in this case, that makes it the fastest dinosaur in the world.

It’s important to note here that even though Gallimimus may have been a fast runner, there are still many things we don’t know about its locomotion (or even how dinosaurs moved at all). For example, many dinosaurs have been estimated to be able to run at speeds up to 45 kilometers per hour.

Some other candidates for the title of the fastest dinosaur in the world are:

Compsognathus is probably the next fastest dinosaur after Gallimimus. It’s estimated that this little dinosaur could run 40 mph (60 kph) – and since its legs were a little shorter than those of Gallimimus, it probably could run pretty fast.
This dinosaur is known for hunting fast lizards. How do we know? Remains of a lizard were found in a Compsognathus fossil. Besides that, it was bipedal, lightweight, and had long legs compared to his body.

Utahraptor, a dinosaur that lived about 130 million years ago during the Cretaceous Period, is known for its large size (about six meters long and weighed more than a tonne) and big claws. The speed of the Utahraptor has been estimated to be as high as 65 kilometers per hour. So it’s not quite Gallimimus but still very fast compared to most other dinosaurs.

Another contender for the “fastest dinosaur” title is Dilophosaurus – a two-legged carnivore from the Early Jurassic period whose remains have been found in North America and China. Its length is estimated to have been between 5.5 and 7 meters, while its weight was probably around 550 kilograms or more. The fact that it had fangs suggests it was an active predator rather than just a scavenger. However, experts disagree on whether it can run at 45 kilometers per hour.

Alive in the early Jurassic period, it was around 12m long, and its legs would have been long and slender – able to achieve speeds of up to 43mph! Its tail also helped for stability while running like this.

You might not have heard of Coelophysis, but this dinosaur from the Late Triassic period was one of the earliest known dinosaurs – its remains have been found in present-day Arizona and New Mexico. It’s estimated to have been about 2.5 meters long and weighed no more than 50 kilograms (compared with the Utahraptor, which was six meters long and weighed over a tonne). Still, it was fast enough to hunt down smaller prey such as lizards.

Deinonychus is better known as the “terrible claw” from Jurassic Park. It was a small raptor with bird-like features that lived around 75 million years ago during the Late Cretaceous Period, and its size has been estimated to be about 2 meters long and weighed no more than 70 kilograms. Although it probably wasn’t faster than Coelophysis, Deinonychus was still a speedy animal for its size!

Another contender – Eoraptor! This little beast is thought to have been very fast, nipping around at speeds of up to 40 mph. With its slender body on long, lean legs, it would have easily outpaced most other dinosaurs. Another thing that makes this dino a good candidate for the title of fastest is that unlike Dilophosaurus it didn’t have big muscles in its thighs which might just slow it down a touch! Maybe we’ll never know for sure, but there’s no doubt that if you’d been stuck behind either one of these dinos in a race, you would have been left in their dust!