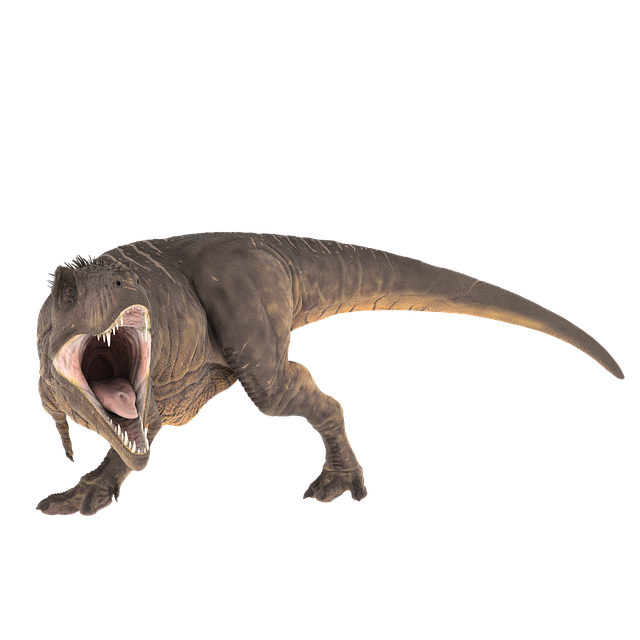 Because no one has ever found a wholly preserved body of a Tyrannosaurus Rex, we really have no idea what it looked like.
This image is the artist’s representation of what some Scientists think it looks like. But it might have looked like a giant chickadee. Speaking of the T Rex – Have you seen our T rex coloring pages?

How large is a Tyrannosaurus Rex?

Scientists estimate that this large predator was around 14 meters long and 7 meters tall at the hips. It had an estimated weight of about 8 tons; however, its weight may have varied based on how much it ate or preyed upon.
It had a massive skull around 1.5 meters long and 20 centimeters wide, which is the largest ever found on any terrestrial animal that has lived on our planet.
It would have been able to bite down more than 18,000 Newtons; however, an adult T-Rex probably didn’t weigh more than 7 tons.

That's about as much as two modern African elephants!

Its skin may have had rough scales or just small bumps (like crocodiles); however, there isn’t enough fossil evidence left behind for scientists to decide whether it looked like scales or thin bumps.

Some say it might even have had feathers because its close relative Dilong also had feathers.

The T-Rex had a long tail, which was around 1.3 meters long and provided balance when running; however, it may have also helped them keep cool during the hot Mesozoic days.

Its arms were short in proportion to its legs that were strong for their size, but they couldn’t be used as a tripod because it didn’t have grasping toes. Instead, the front toes probably helped with dragging food into its mouth.

Amazingly, its eyes were tiny and located on either side of its head. It probably didn’t need good eyesight because it hunted in the dark of night when other dinosaurs couldn’t see well either.

Despite not having great vision, scientists marvel at how keen the senses of smell and hearing were for this large predator. It was probably able to hear prey from far away with a flicking motion of its head.

It also had a long, thin snout that allowed it to sense its prey and environment very well. Many scientists have suggested that the Tyrannosaurus Rex may have used this long, thin snout for sensing vibrations in the ground (similar to how elephants use their snouts) because they were probably unable to smell scents from far away due to its small nasal openings.

The tyrannosaurus rex is one of the most impressive predators that have ever lived on our planet.
Even though there aren’t any images or films of this large predator alive, we have a realistic idea about what it might have looked like and how it inhabited its environment because scientists can still find evidence from its fossilized bones and teeth.