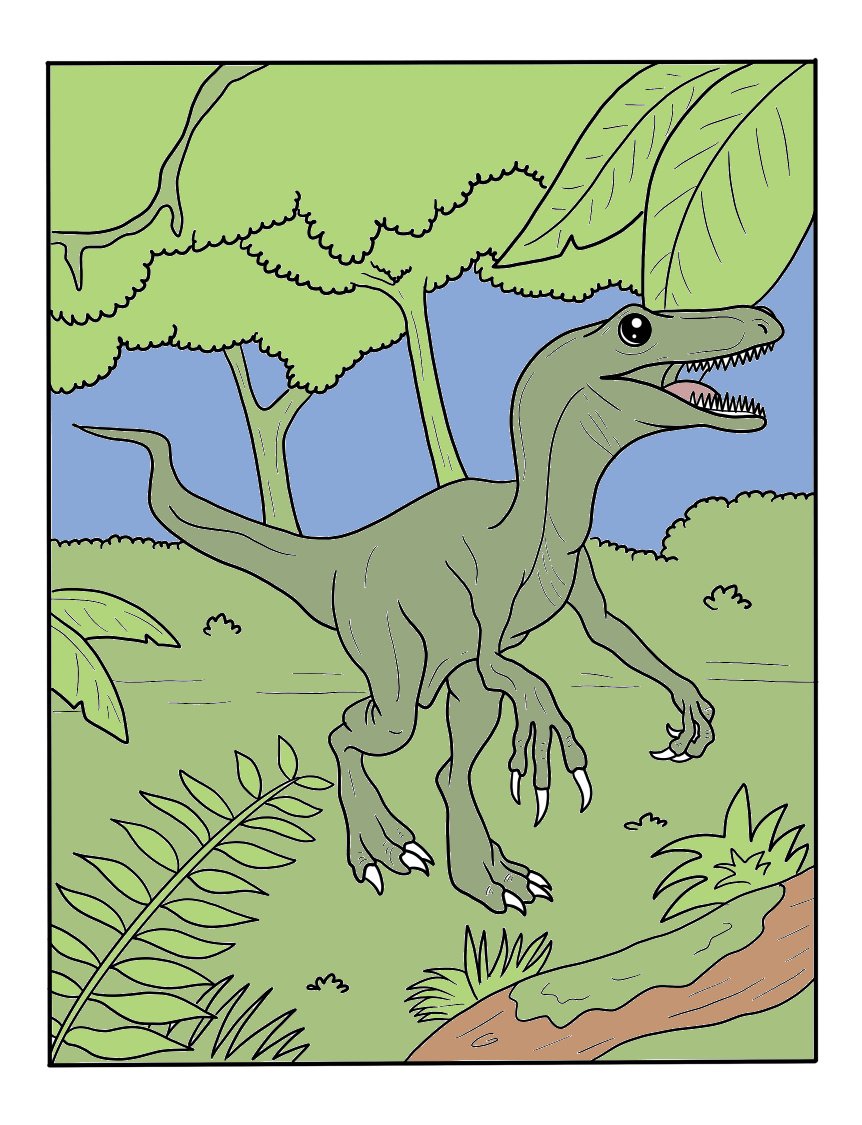 Velociraptors were feathered, bird-like carnivores, ranging from 0.9–1.2 meters (3–4 feet) in length and 0.5 meters (1.6 feet) in height with a weight of roughly 20 pounds (9 kg). Their fossils were discovered in China and Mongolia.

These dinosaurs often get confused with Deinonychus and Utahraptors, even though all three are members of the genus Dromaeosauridae, a group of feathered meat-eating dinosaurs; often generalized as “Raptors.”

The body was relatively long compared to its legs, which made it a speedy sprinter.
Formerly known as a Deinonychus, Velociraptor is a genus of dromaeosaurid dinosaur abundant during the Cretaceous period, which ranged from 99.6 to 65.5 million years ago.
The name means ‘swift robber’ in Latin, which refers to its cat-like hunting style and its high speed of attack.
A Velociraptor’s diet consisted mainly of small reptiles, mammals, and birds. Size estimates for the adult range from 0.9 m (3 ft) long with a weight of 15 kg (33 lb), while the juvenile would be at least one third smaller in linear dimensions than the smallest known specimens; this indicates that it was likely an apex predator within its ecosystem due to its size and agility.

They were feathered but had relatively short arms compared to the size of their body. Although they had feathers, this was long thought to be only for insulation, but they were likely used for display when mating or even to help in hunting and catching prey.
Velociraptors had very sharp teeth up to 3 inches long. These teeth were useful due to their size and shape as the serrations on the front of each tooth helped hold onto prey while the backside of each tooth was covered in enamel that allowed them to cut through bone easily.

Although they were smaller than their relative large cousin Deinonychus (which is still subject to debate), it could utilize its quickness and agility to attack much larger prey when faced with hunger.

It is believed that they might have used their highly sharp serrated claws as a sort of sickle on each foot to inflict slashes and cuts on their prey while keeping them at bay with their fast speed.

Velociraptors were social creatures; evidence from the fossil record shows that these animals were buried in groups, which suggests widespread cooperation or perhaps even familial interactions among Velociraptor species. These animals also had specialized toe-knobs, which would serve as good hooks for climbing trees and other obstacles needed to evade potential predators or gain access to prey by ambush.

Although a Velociraptor was not as big as some of the other dinosaurs that would have most likely been hunting it, such as the allosaurus, it still could outrun and sometimes overpower them due to its agility. Paleontologists assume that the Velociraptor could run 40 miles per hour (64 kph).

Velociraptor Facts In A Nutshell