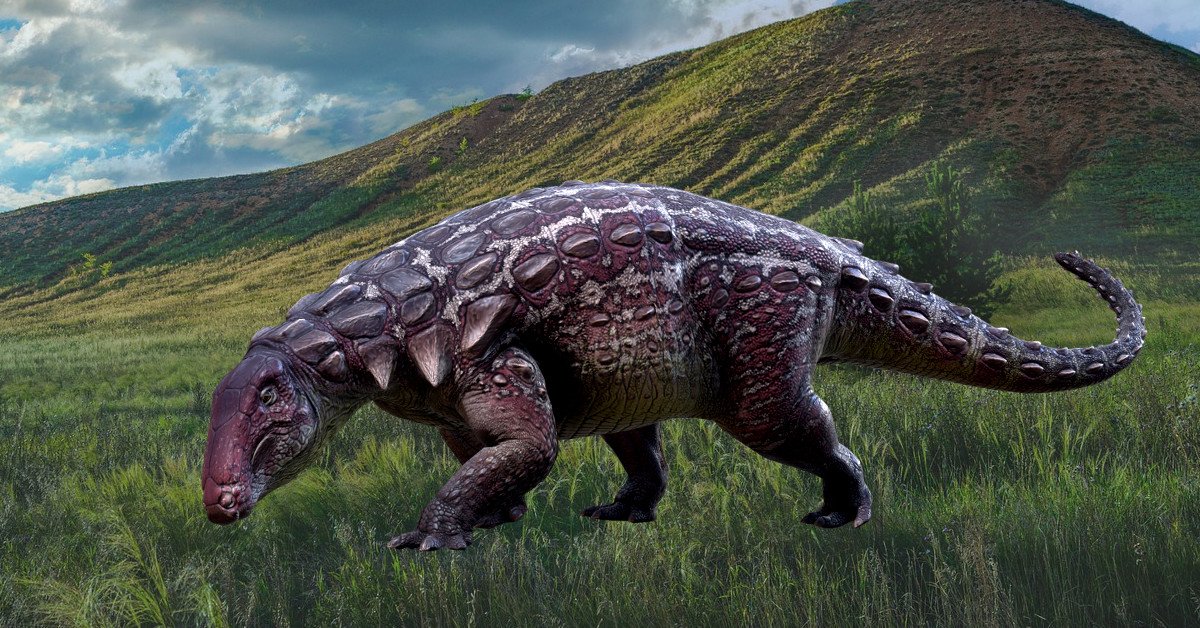 Ankylosaurus lived during the Cretaceous period, approximately 68-65 million years ago in North America. It is one of the most famous dinosaurs in children’s books because it was covered in bony armor and carried a massive club on its tail!

But what do you know about Ankylosaurus?

Here are some facts! 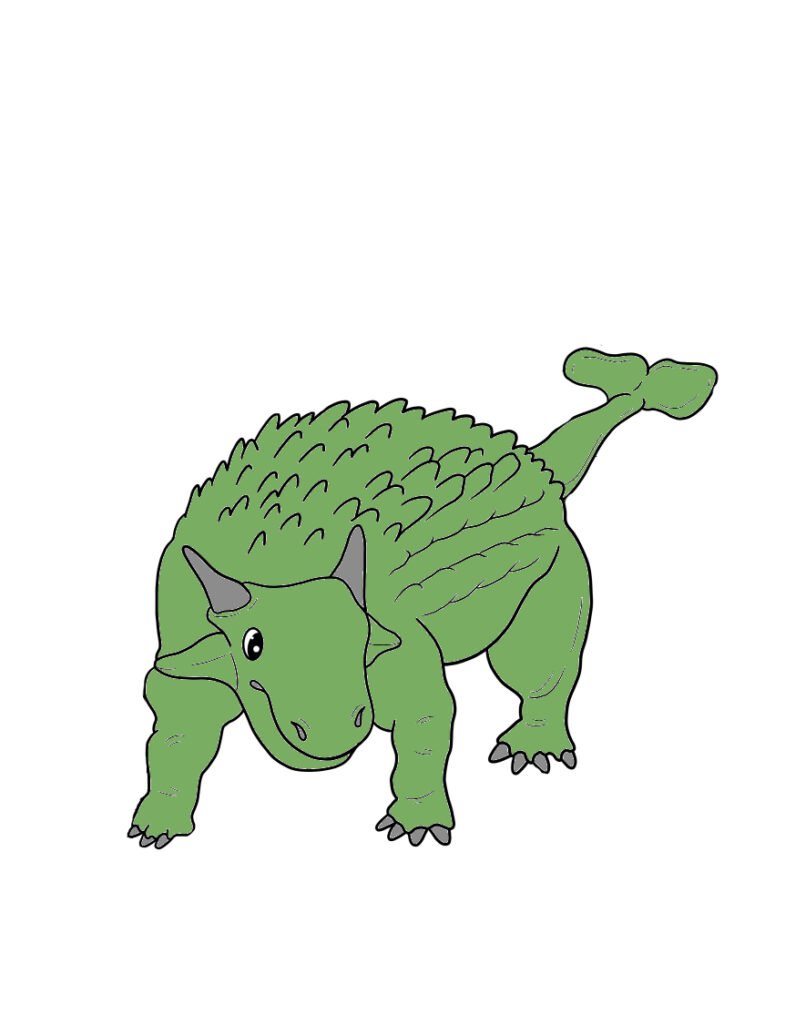 How to pronounce Ankylosaurus?

What does the Ankylosaurus eat?

Ankylosaurus is a herbivore dinosaur which means they eat nothing but plants. They were probably not very picky – grass, leaves, and whatever plant 68 million years ago could be found is part of their diet. Yummy! How do we know this? We can tell that ankylosaurs were plant-eaters because their beaks are too weak to break hard food like seeds or snails shells but perfect for plants like ferns and other soft greens.

It could reach a length between 6 and 8 meters (20 – 26 ft) and a weight between 4.8 and 8 metric tons.
The most exciting part of the Ankylosaurus is the bony plates that cover their back, sides, and tail. They have between 17 and 23 plates on their body!
Sometimes Ankylosaurs have spiky knobs sticking out from some parts of their plates, which can grow to an immense size: up to 15 cm (6 in) across!
It had a tail club formed by fusing the last few vertebrae before the tail tip, which may have been used for defense against predators or rivals.

Ankylosaurus has many relatives!

It’s part of a group called “Thyreophora,” which means “shield bearers,” also known as armored dinosaurs. Its most known relatives are dinosaurs like the stegosaurus, and Euoplocephalus, a dinosaur that looked similar to Ankylosaurus.

Triceratops is a famous rival of Ankylosaurus – at least if it comes to getting attention. Both dinosaurs inhabited the same environment at about the same time, but they were both herbivores (plant-eating animals) who probably didn’t care for each other.

Ankylosaurus was very well protected, with almost his whole body covered in bony plates. Triceratops had armor along their neck and head, plus horns on their faces.

Who would win in a fight? I don’t know either, but chances are, they would just leave the scene, as none of both dinosaurs was able to hunt other animals.

Ankylosaurus - Facts in a nutshell