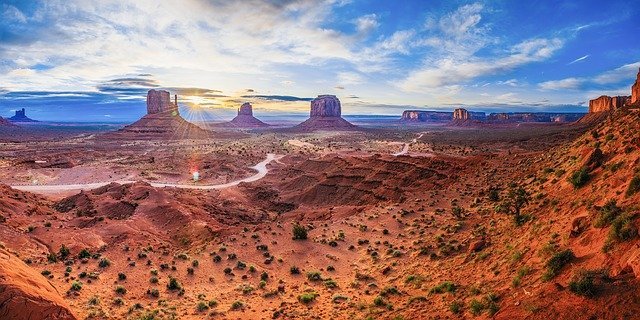 The Jurassic National Monument near Utah is one of the world’s richest and most important sources for paleontology. Paleontologists found over 15.000 bones there, and many of the fossils are extremely well preserved.

The Jurassic National Monument near Utah is one of the world’s richest and most important sources for paleontology. Paleontologists found over 15.000 bones there, and many of the fossils are extremely well preserved.

The bones are found in Jurassic sediments from 150 to 190 million years old. It’s thought that a predator trap caused the death of many dinosaurs, but that’s difficult to prove.

A predator trap is a structure that causes the death of wildlife. For example, this might have happened when dinosaurs walked over soft earth, fell through it, and drowned in water or mud. The smell of dead animals might, in turn, have attracted predators that were then also trapped and attracted new predators. This could be what caused the many bones at Utah.

Just in case you’re wondering: The Utahraptor lived 139–134 million years ago (Early Cretaceous) and is not among the dinosaurs found in Utah.

There are many places in the United States of America where fossils can be found, but some states have more than others. Utah is one such state that has a lot of fossil finds.