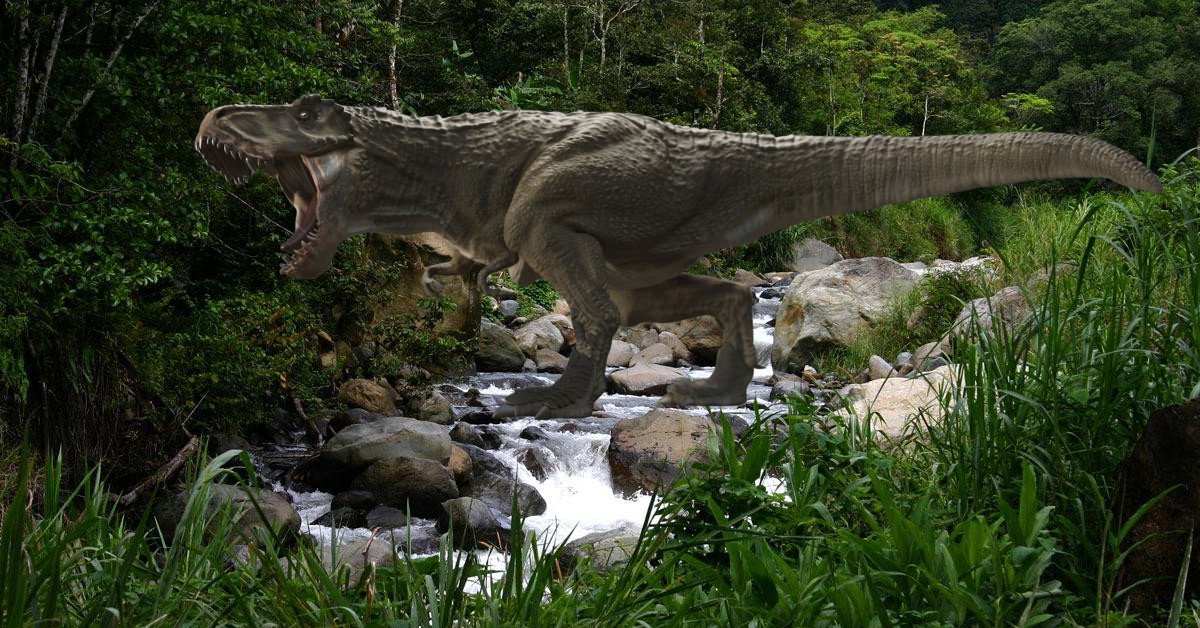 If Tyrannosaurus Rex was a Scavenger or a hunter has been a long-time question. No one knows for sure, but fossil evidence and experts help us make an informed decision.

Tyrannosaurus Rex was one of the largest land carnivores that ever lived! It had some features that would support it as a hunter or scavenger.

For example, T-Rex teeth were perfect for hunting for food rather than scavenging because all carnivores have sharp teeth that tear through meat very vigorously. Scavengers do not need such good teeth because they pick up scraps of already dead animals from the ground. There are no typical scavenger teeth, though! Jackals, crows, opossums, crabs, and cockroaches are all considered svangers and they all have different teeth.

Another evidence that suggests T-Rex was a hunter is its eyesight. Tyrannosaurs had binocular vision, which means they could see higher quality images due to the positioning of their eyes on top of their heads, rather than side by side like humans are. Binocular vision is usually found in predators rather than scavengers because it helps them spot their prey more easily!

Experts believe that Tyrannosaurus Rex was an opportunistic carnivorous hunter, but some paleontologists think it may have been a hunter and scavenger.
The idea of a predator being able to switch from hunting one day to scavenging the next day is entirely authentic! Since we do not know what kind of diet tyrannosaurs had, we can assume that these predators could do both. Therefore, T-Rex could likely have been both a hunter and scavenger!
This means that although switching between activities was not necessary to them, they were still doing both, and if they couldn’t find meat, they would need to be able to hunt for it. If some tyrannosaurs wanted more meat, then hunting would help solve this problem. That’s why the T-Rex is one of the most impressive predators ever!