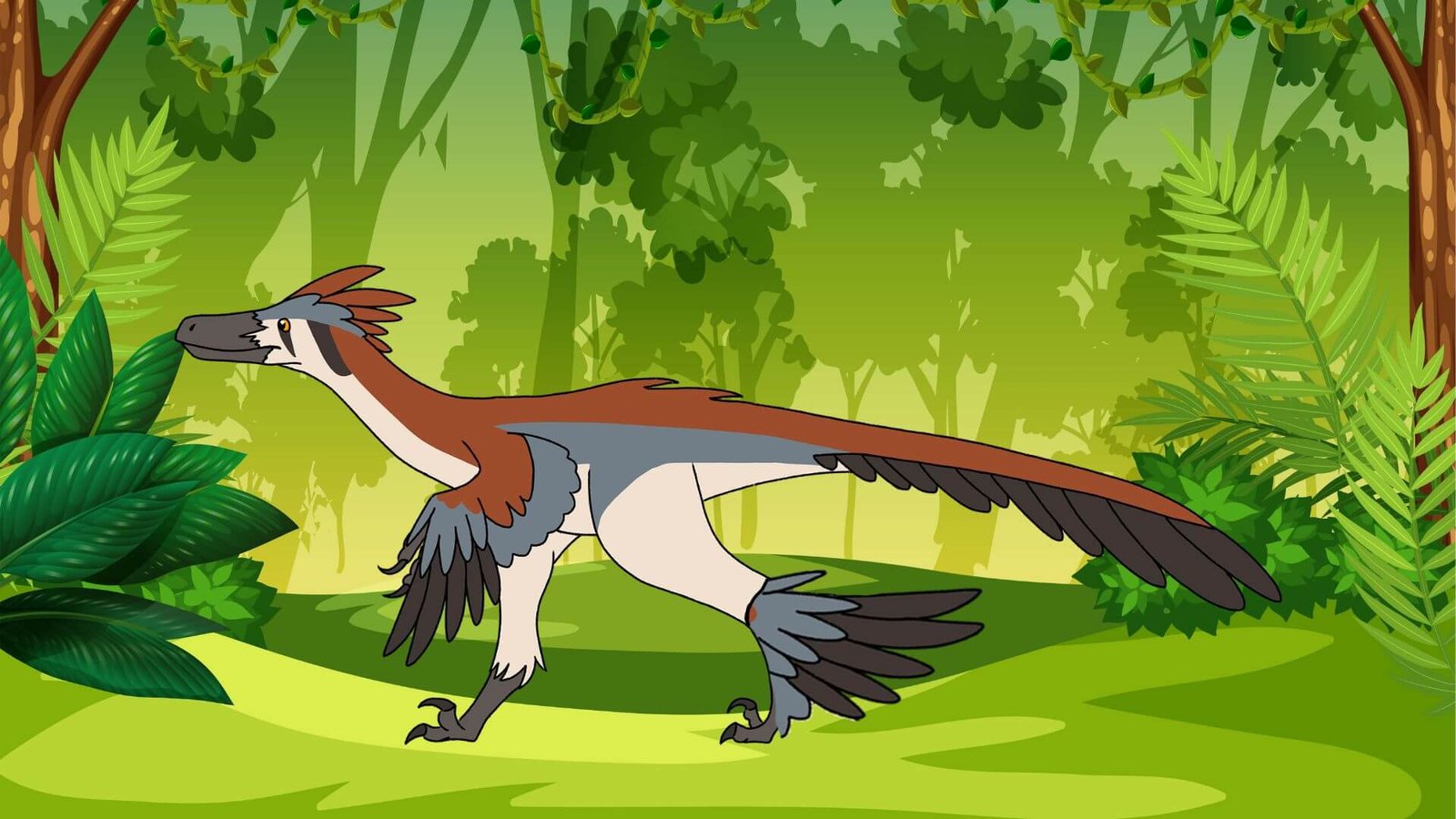 What is a Microraptor?

It’s only about 77 cm long (which equals 2.5 feet) and weighs just 1kg or 2.2 pounds. It’s one of the smallest non-avialan dinosaurs and lived during the Early Cretaceous Period, 126 million years ago, in what is now China. Microraptor was a dromaeosaurid dinosaur, a family of dinosaurs commonly known as raptors.

It had the typical body of dinosaurs such as Velociraptor. Unlike its closest relatives, however, Microraptor had four wings instead of two. These extra wings had very long feathers that extended from their ankles.

Microraptor may have used their wings to glide through the air as modern birds do. Scientists suggest that its extra wings were an obstacle when trying to run and that this tiny dinosaur wasn’t a good runner.

Diet: What Does Microraptor Eat?

Instead, Scientists believe that Microraptor hunted by flying down onto their prey and using their sharp claws and powerful hind legs to kill their prey. It was an opportunistic carnivore, following a diet of small lizards, birds, mammals, and fish.

Microraptor and Sinornithosaurus are both parts of the Dromaeosauridae family (aka “Raptors). Sinornithosaurus lived 124.6–122 million years ago and was with a length of about 90 centimeters (3.0 ft) one of the smallest dinosaurs, but still bigger than Microraptor (77 cm).